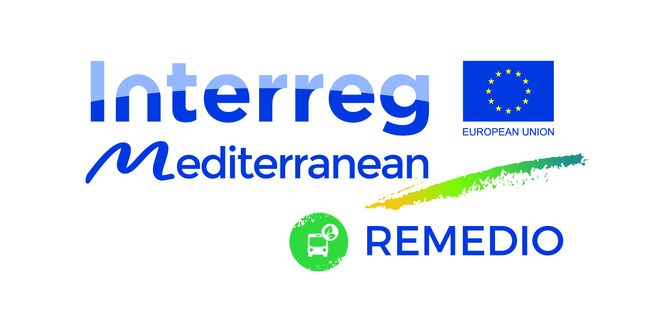 High-density areas surrounding the city centres with commercial and directional roads suffer from chronic traffic jams to the point of becoming wounds in the connectivity of the widespread city and elements of additional economic crisis and even social exclusion. REMEDIO project aims at transforming these crucial areas by promoting participative approach.

(Rome, 9 September 2019) High-density areas surrounding the city centers with commercial and directional roads suffer from chronic traffic jams to the point of becoming wounds in the connectivity of the widespread city and elements of additional economic crisis and even social exclusion. “REMEDIO aims at transforming the congested roads surrounding city centres into horizontal condominiums, engaging, through a participatory approach, the local communities, the business operators as well as the public institutions” explained Mrs. Liguori from the ARPA Veneto - Environmental Protection Agency of Veneto Region and scientific coordinator of the project, in an interview with UNIMED, partner of the GOSUMP horizontal project. REMEDIO, as part of the Urban Transports Community, targets the regeneration of mixed-use MED urban communities congested by traffic through innovative low carbon mobility solutions.

The partners of the project are: ARPA Veneto - public agency for environmental protection in Veneto region - and the Municipality of Treviso in Italy, the City of Split in Croatia, the Instituto Superior Tecnico in Lisbon and the Municipality of Loures in Portugal, the University of Seville in Spain, the Metropolitan Development agency of Thessaloniki, and the Aristotle University of Thessaloniki in Greece. This partnership therefore gathers different partners from institutional to scientific entities from 5 different Mediterranean countries.

The activities of the REMEDIO project

The participative governance approach is the basis of REMEDIO’s work. The goal is to create horizontal condominiums in lieu of high congested roads that are common to middle size cities in the Mediterranean area. Along these roads people are living and business operators working, but “the lack of planning policies impacts their well-being, their social inclusion as well as their economic repercussions”, explained Mrs. Liguori. REMEDIO’s partners are therefore working on solutions together with the local communities, in order to reflect on this situation but also to understand their visions and long-term perspectives. “REMEDIO is trying to understand the local context and the local population suffering from the negative impacts of an unsustainable mobility” declared Mrs. Liguori, “we are therefore working with different local situations and normative backgrounds which need to be addressed specifically”.

The cooperation should not only be done with the local population and entrepreneurs, but also with the municipalities and other public entities that are in charge of taking decisions. For example, in the framework of the REMEDIO project, the Metropolitan Development Agency of Thessaloniki, the public entity in charge of the management of the public transportation, has delivered a guide describing the process that they follow in order to serve as good practice for a number of satellite cities around Thessaloniki. They have therefore been collaborating and implementing similar measures with them, and also presented this guide to the Ministry of transports in Greece.

Another example is the one in Treviso. It has proved beneficial to engage the Province of Treviso itself, as it is in charge of urban access, and allowed to work simultaneously on the transport and energy issues. The measures for sustainable mobility developed there were therefore thought as adaptive to climate change, for example rebuilding the asphalt with a system that allowed for the redistribution of heavy rains preventing flooding.

In the case of Treviso, people arriving to the city center have to travel through one specific road so there is local traffic and major congestion. In the framework of the REMEDIO project, they did not only rethink the mobility model of this road but they also gathered interests of local actors, focusing on economic opportunities, on energy savings, and on investments in the younger generations in order to understand their needs and visions.

The IMT developed in the framework of the REMEDIO project, aims at supporting the transition to low carbon mobility solutions. It provides users with an analysis of the effects that traffic have on congested roads and allows them to understand the effects of potential actions to mitigate those congestion problems.

“We are working on enforcing this tool. The challenge lies in the direct use by end-users without any background”. Data collection activities are essential, but it is important for the end-user to actually have its own data. Therefore, Mrs. Liguori insisted that “the typical end-users are officers in charge of traffic management or planning policies in a municipality, with time and resources to collect their own data”.

Small scale investments were made throughout the REMEDIO project. For example, a mixed traditional and electronic bike sharing system was implemented in Split, whereas in Treviso, the already existing one was extended to the peripheral road chosen as pilot area. A second-generation bus lane and green-taxiway in Thessaloniki 20 for the main access to the city center has been designed in Thessaloniki. In Loures, the use of REMEDIO’s funds contributed to realize enlargements of sidewalks, plantings of trees, creation of cycle paths, and connection of bike sharing stations to the main transport stations such as EXPO.

The interesting aspect in Split on the other hand, was the collaboration of the city with private companies in charge of the parking areas so that the people can come near the center and then ride bikes, partially freeing the roads leading to the city center.

Besides, in Thessaloniki, the solution revolved around the participation of multidimensional actors involved in architecture, urban ministry, academic, experts, together with the development agency, the authority in charge. A mapping of the riskiest parts of the roads was made for communities of disabled people who were often crossing these roads. Neighboring cities were also upgraded with roads’ interventions, creation of lanes dedicated to buses, notice boards and panels, bike lanes, development of a social center, new sidewalks...

“It is essential that the local communities get engaged in presenting their vision. It is necessary to cooperate in finding solutions providing them on the long run additional funding opportunities. For this, they have to be tailored to the needs of these local actors. They should be incubators of ideas” concluded Mrs. Liguori. Towards this aim, REMEDIO produced and developed a methodology, a Redesign Model for accelerating integrated urban solutions.