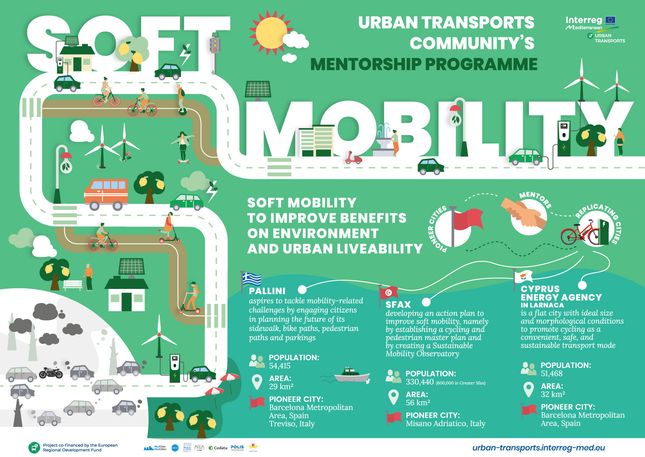 The Municipality of Sfax in Tunisia is taking part to the Urban Transports Community's Mentorship Programme and in this framework it is benefiting from the experience of the pioneer Municipality of Misano Adriatico in Italy on the topic of soft mobility.

Watch the interview with the mentor here

Sfax is Tunisia’s second biggest city and its economic centre. Mobility has in the past decades developed towards a higher use of cars and a decrease in walking and public transport. The necessity to (re)develop the use of walking and cycling has been put forward by several planning documents, including the SUMP written in 2016. The current municipality has a strong will to increase the use of active modes. Their participation in the UTC mentorship program aims to get help in order to develop active modes and monitor implemented policies, based on the experience of Misano Adriatico, Italy (which benefited from the MOBILITAS funding and technical support in the implementation of its active modes development plan).

A report assessing the current situation in Sfax for active modes was also written by the mentor, based on received documentation and the discussions with the municipality.

The next step is the organisation of a workshop in Sfax with local stakeholders. The aim is to list some common objectives for the development of active modes in the greater Sfax, define a pilot project to Implement in 2022, and define the monitoring of the active mode policies. An onsite visit to Misano will be organised and an adaptation report is to be written by the mentor, indicating the replicable aspects of the pioneer city, and conclusions of the workshop.

The UTC mentorship program has sparked big interest in the city of Sfax and among its partners present during the peer to peer sessions. They confirmed their participation in the next steps of the program.